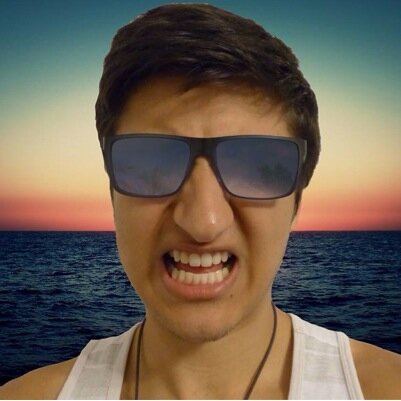 The biggest goal for most rising sophomores in college is not to obtain 1 million subscribers on YouTube but University of Maryland business major Antonio Lievano is a different specimen.

His prank videos have been viewed hundreds of thousands of times and a kissing prank which features a mixture of beautiful women and magic tricks is his most watched video with over 2 million views.

Although the South Florida native didn’t spill the beans of how he comes up with the ideas for his videos, he did fill us in on what it takes to be a successful YouTuber and a popular prankster.

Pulsefeedz: Who are you and what do you do?

SoFlo: I’m a regular person with dream and goals. I want to be successful.

What made you want to do pranks of your own? Who inspired you?

It seemed fun to do. Vitaly and Stuart Edge (two famous YouTube pranksters) inspired me to try out pranking.

Getting punched, stabbed, and or killed.

Have you ever been threatened or in danger of being stabbed or killed while filming?

No, but it could’ve been close. It won’t be happening as I’m not doing dangerous pranks anymore.

The reward is not worth the risk. My drugging girls prank was too crazy and the return was not worth it.

What do your parents think about what you do?

They don’t mind as long as I don’t get hurt or in trouble with the authorities.

How do we know your videos are real?

You can’t really know these days that easily, but with the camera angles and reactions you can tell. Most of the public can’t act well so you can see when they fake their reactions. Many prankers nowadays fake so much stuff and people like it.

What’s your response to accusations that your videos are staged?

It was supposed to have been revealed to have been staged anyways. Regardless a fake prank isn’t something to cry about. People like the reactions. They don’t care if it’s real. The mystery also is part of the love for pranks.

Has all of this fame gotten to your head or are you still able to remain humble? Be honest, lol.

Believe me it hasn’t gotten to my head, but I know people with less views, subs, fame etc., who think they’re above all.

What do you aim to accomplish by filming these videos?

What is most misunderstood about what you do?

The fact that I don’t act like I do in my videos. Some require me to act weird or rude.

Do you foresee yourself pursuing your major once you graduate or solely going into YouTube?

I plan on being an entrepreneur. YouTube is a gateway to opportunities.

What question should I be asking you?

You know what’s a good question? “What do you think of the people that trash talk what you do?”

The answer to that is I don’t care. Most of them are guys. They think I’m a tool and I get things without working hard and don’t appreciate it.

The truth is it’s difficult. I don’t even truly enjoy kissing pranks. I simply do them because people like them and it gets the views.

People make assumptions of me without meeting me, but it’s a part of being known. People will talk. Good or bad.

Is this backlash usually in your face or just on social media? And do people you don’t know recognize you around campus?

Usually on social media. The people who meet me and talk trash after they get to know me usually they change their minds.

Those who don’t talk to me and have misconceptions keep them until they talk to me. No way for me to disprove that.

What have you learned?

I have learned being well-known has it’s difficulties.

If you were in the dictionary, what would the definition be?

I’m defined by my hard work and desire for success.

Be yourself. Keep your brand a personality. YouTube sells your personality when you don’t act as a character.

So the worst part about what you do is what comes with being well-known? Or is there something else?

Being well-known is mostly a positive thing. The worst thing are the World Star Hip Hop fans. I had a random person try to start a fight to get on WorldStar. Idk what he was doing. Haha.

Oh wow, lol. He just walked up to you and started pushing you around? Where was this?

No. He was asking if I was in a gang in slang terms. I have no idea. It’s on camera, but I don’t care to use the footage. The footage is poor and we were filming videos in Santa Monica, California.

Do you think the Multi Channel Network system on YouTube is fair? Are you signed with anyone? Could you survive without your MCN? (MCNs are networks on YouTube that help sell advertising for your YouTube channel, distribute your videos and take a cut from your earnings)

I’m with OmniaMedia and I intern with them. MCN’s are good if you have the right manager and MCN. It’s mostly fair for big users.

Has being on social media affected your social skills? It has for me to a degree.

What will be the pinnacle of your success on YouTube?

1 million subs on one channel. Right now, I have 500,000 subscribers over 3 different channels.