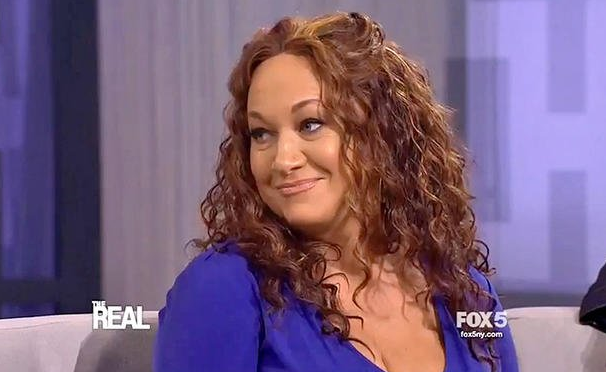 Self-proclaimed trans racial figure Rachel Dolezal came to the set of FOX’s newest daytime talk show The Real last week for another opportunity to clear her name and set her story’s record straight.

Dolezal, who made headlines over the summer when sources revealed that the former NAACP Washington chapter president and African American studies professor identifies as a black woman despite her biologically Caucasian descent.

Dolezal previously talked to both CNN and the Today Show about her racial character and history, but her latest public appearance includes “The Real,” which features an ethnically diverse panel of African-American, Latino, Asian and bi-racial women.

While The Real usually tackles more lighthearted issues such as how to handle clingy ex boyfriends and building self-confidence, the panelists also pride themselves on being straightforward and avoiding political correctness this season as they address more stern subject matter.

During the segment, each host took their time to ask Dolezal questions about her thought-process regarding race, to which, Dolezal’s answers seemed to mostly displease the audience.

When co-host and comedienne Loni Love asked Dolezal if she was ashamed of being white, Dolezal responded by quoting civil rights activist Dick Gregory. “White isn’t a race. It’s a state of mind,” Dolezal said.

Love, who is African American, quickly refuted the statement, and argued that as a black woman, she cannot “reverse” herself as easily as Dolezal can in certain situations. Using law enforcement behavior as an example, Love implied that Dolezal’s appearance is racially fluid and could spare her police brutality, whereas, the physical appearance of black people cannot be as easily manipulated.

Conflict also arose when co-host and beauty stylist Jeannie Mai asked Dolezal which race box she would have marked on her Howard University college application had she been asked to make a decision, to which Dolezal did not initially give a direct answer. However, after some evident agitation from singer and co-host Tamar Braxton, Dolezal said she would choose both black and white.

Although the segment did not include answers Dolezal has not given before, Dolezal did ultimately acknowledge that she was born white for the first time, a statement that the audience met with great applause and a few standing ovations.

Watch more of the interview below: