Much has changed since the last meeting between Maryland and North Carolina. No longer squaring-up as ACC foes, they renewed an old rivalry in this early season top-ten matchup.

The primetime game of this year’s Big Ten-ACC challenge turned into an offensive showcase that ended with UNC toppling Maryland 89-81. Both teams move to 6-1 on the season.

To put it frankly, it was a hell of a game. END_OF_DOCUMENT_TOKEN_TO_BE_REPLACED 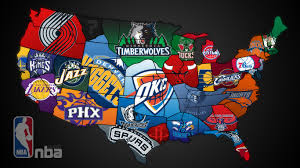 It’s been a longstanding scientific and universal acceptance that time catches up to all men. Sooner or later, the effects time’s passage come to fruition in all of our lives. But you know what, I don’t buy it anymore. You can’t look me in the face and tell me that time will catch up to everybody when Jennifer Anniston is still out there as beautiful as ever. And don’t you dare tell me that time will ever catch up to the San Antonio Spurs. I have fallen for that blasphemy one too many times.

The teams of my childhood have all faded into the backdrop of mediocrity and irrelevance in some way or another. The 2000’s “7 seconds or less” Phoenix Suns, the 04-05 Detroit Pistons and Kobe Bryant’s Laker champions are all examples of teams who once stood atop the league that are no longer anything more than a memory. But somehow, the Spurs remain victorious in their combat against time. Here in 2015, they will once again be a championship contender, if not the frontrunner to take the title back home.

The Spurs are very old in some areas of their roster. Tim Duncan, while his game remains ageless, will turn 40 before the end of the season. Tony Parker is the point guard equivalent to your dad’s 1970’s Mustang that sits in the garage and sounds like it is going to break down into its individual parts every time it gets above 5 miles per hour. Manu Ginobli has more bald on his head than he does hair. What magnificent hair he had.

But they have also had a resurgence of youth. They landed the summer’s free agent prize by signing LaMarcus Aldridge, in hopes that he will be Kawhi Leonard’s partner in crime for the future. Danny Green and Patty Mills have also developed into reliable nightly producers. But most importantly, they still have the brain behind the operation, coach Gregg Poppavich.

Leonard will be the motor for this team. He is far and away the best wing defender in the league, and he has the hardware to prove it. By the end of last season, dribbling within a 5-foot radius of the 2014 NBA Finals MVP was the equivalent jumping into a tank of hungry sharks with an open wound. He will put the seatbelt on any wing player in the NBA with more care and precision than a father strapping-in his newborn baby, or me when I buckle-up my bag of to-go Chiptole in the shotgun seat. He was absolutely ruthless on that end of the floor, and has developed the offensive game to compliment his skill-set on the defensive end.

With Aldridge now, the Spurs have a new foundation for the future. They mix the old with the new in a product that will only be incredible. Unless, of course, you are an NBA team trying to figure out how to stop them. There will be bumps in the road as they incorporate Aldridge into their new system, and they very well could start the season sluggish. But make no mistake; the Spurs are going nowhere anytime soon. Hopefully, neither will Jennifer Aniston. END_OF_DOCUMENT_TOKEN_TO_BE_REPLACED

What You Need to Know:

Entering this season, the Thunder have more pressure for immediate results than any other team. Rumors of Kevin Durant leaving the city for his hometown have been circulating for almost two years now and this cloud of uncertainty will loom over the franchise all season. Combined with the fact that they have new coach Billy Donovan, who has never coached an NBA team, and there is even more work to be done in Oklahoma City.

END_OF_DOCUMENT_TOKEN_TO_BE_REPLACED

NBA Coach of the Year Mike Budenholzer and the Hawks took the league by surprise when they turned in the first 17-0 month in NBA history. They had no superstars, but they had very good players and a Poppavichian system predicated on ball movement. This season, they are expected to take a step back after losing Demarre Carroll to the Raptors and becoming somewhat exposed in the playoffs last season.

END_OF_DOCUMENT_TOKEN_TO_BE_REPLACED

There isn’t much to say about the defending champion Warriors that hasn’t already been said. They are the casual NBA fan’s dream; a statistical anomaly who has been the biggest factor in moving the NBA into a new age . They put together an uncertain path to the championship last year through an unprecedented offense that was predicated on sharing the ball and using their weapons.

There was also the emergence of the Chef himself, Mr. Stephen Curry. The Baby-Faced Assassin put on a show last season, cooking a fair amount of individuals in his kitchen. Nobody in the league was safe. Nobody.

END_OF_DOCUMENT_TOKEN_TO_BE_REPLACED 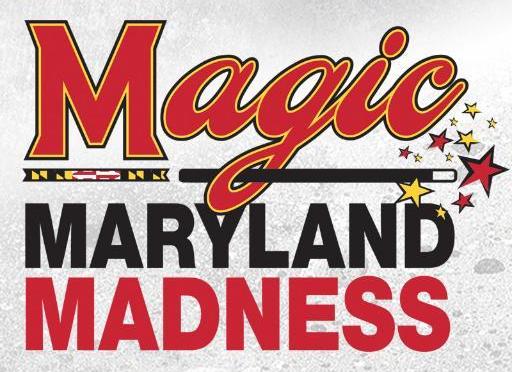 Maryland’s long awaited basketball season came to an unofficial beginning tonight. Students and fans packed the stands of the Xfinity Center to get their first glimpse at this year’s men’s and women’s teams. END_OF_DOCUMENT_TOKEN_TO_BE_REPLACED

What You Need to Know

Vegas has the Cavaliers with the top odds to win it all next season, and there are many reasons this is the case. There is one obvious reason that supersedes all else, and that reason is LeBron James. When it seemed like everything that could possibly go wrong in his return home went wrong, the world was swiftly reminded why he is the best.

Okay, so maybe he was the one who made sure we got the reminder, but the man had a point. To say he singlehandedly gave the Cavaliers a shot at the title against the Warriors is an understatement. While everybody was writing them off as done the minute Kyrie Irving went down to a knee injury, LeBron took the series to 6 games and put up some of the most absurd numbers we have ever seen in the Finals. He played so well that he had the entire world convinced that Matthew Dellevadova could lockdown Steph Curry. This alone was an incredible feat, until well… this. END_OF_DOCUMENT_TOKEN_TO_BE_REPLACED

By: DREW SORRELLS and JUSTIN FITZGERALD

Maryland coach Randy Edsall will have a new title soon: former coach. It first was reported by Inside Maryland Sports’ Jeff Ermann, and later confirmed by Yahoo Sports‘ Pat Forde, that the University of Maryland is set to fire their head football coach.

There is no specific timetable as to when this will take place, but it has been reported that it could happen as early as after this week’s Ohio State game. The end appears to be sooner, rather than later, for Edsall. END_OF_DOCUMENT_TOKEN_TO_BE_REPLACED

It was a fantastic season for the NBA in 2014-15. Young talents turned into full-blown superstars. The likes of Steph Curry and James Harden became social media moguls, with countless vines of ankle-breakers unleashed on any given night. Young talents emerged as true threats to the crown, and veterans like LeBron James and Chris Paul were put on notice. Who will be the new faces to throw their names into contention this season?

Now the NBA preseason is in full-swing and teams are tasked with expectations following an offseason of change. Anticipation must translate into tangible results, as young teams attempt to prove their worth and aging teams watch as their window for championship aspirations close before their eyes. We’re here to help you sort through the murky uncertainty as next season comes closer with our division-based team analysis.

We start with one of the weaker divisions in basketball: the Atlantic Division. Even in what is going to be another down year for the Eastern conference, there will only be two teams who can realistically compete for the playoffs in this division. The bottom of this division will be bad and may hold three of the worst teams in the entire league this year. Here’s what to look for from each team. END_OF_DOCUMENT_TOKEN_TO_BE_REPLACED

It has been a long road for Malcolm McCormick, better known as Mac Miller. He shed his coveted independent status by signing a massive deal with Warner Brothers last fall, a move that caught most by surprise. He is no longer the wide-eyed child from his early mixtapes, rapping about the youthful freedoms of smoking and skipping class. He is no longer the apathetic, self-loathing, drug-fueled shell of himself we have seen on his most recent projects. He comes to us on his newest album GO:OD AM with razor-sharp focus and clarity, a head space that fans have not seen in him yet. Following over a yearlong silence, which is comparable to a decade in the short attention span of the digital age, he gives us a beautifully crafted and carefully planned update on his whereabouts.

It does not take long for him to tell us what he’s been up to. In his lullaby-like introduction “Doors,” he explains to fans

“[I] didn’t mean to cause you pain, I just needed to escape.”

It’s a simple explanation to a complex search for happiness, which he assures fans he has discovered. He raps, “They’re saying that I’m sober, I’m just in a better place,” using the album’s songs to take listeners on his journey through the process of finding clarity. END_OF_DOCUMENT_TOKEN_TO_BE_REPLACED