The Superbowl is the most watched event on TV. Your viewership gives it power in the same way that your vote on election day does. Tonight, I’m not voting. Even if you’re an avid football fan and still watch the Superbowl, I don’t blame you. Sports are a fantastic way to remind of us friends, family, and childhood memories. But please still consider the implications of the game. The NFL knows the damages it does to people, but they are a multi-billion dollar industry and don’t care. This needs to change and only will when the fans acknowledge that.

Instead of talking about the change in the rules on head-to-head combat and legal places to get hit, I want to focus on what I believe to be the most important issue: brain injuries. Older veteran players are suffering serious traumatic damage to their head and all the NFL can do is offer a $765 million settlement, which the judge thankfully rejected.

Even with the new rules, we still see players get concussions ALL OF THE TIME! What’s worst, the announcers downplay the injury because football is suppose to be entertaining, after all.

The information and research is out; the hard hits in football are causing brain damage, but still a fan’s natural defense is usually:

1.) The players know what they’re getting into

2.) That’s the way football is meant to be/has always been played

1a.) Many of the old players were misinformed by the league and coaches. While they knew it was obviously not conducive to their mental well-being, they never dreamed of the actual repercussions, and serious injuries were taught to be shrugged off. In fact, players that got concussions would still play in the next drive and get consecutive concussions each time they were hit.

1b.) Has anyone handed you millions of dollars and made you an idol? Even though new players should be aware of the repercussions (not that all of them are), it still seems like a worthwhile trade-off to a 20-something kid.

2.) Football has adapted to the times with everything else, except this. And this is seriously the most important issue that should be dealt with. Mental injury deteriorates the very being of the person, just ask the ex-players’ wives that were strong enough to stick with their husbands. No sport or form of entertainment is worth the sacrifice of human lives.

It’s not just that $765 million isn’t enough, honestly, it’s that no amount of money will ever be enough. How can you a price tag on the value of life? You are your brain – never forget that.

Perhaps I don’t understand the obsession because I’d rather watch baseball or documentaries with my girlfriend than football. On the surface, that makes sense, but deep inside, I know that I simply feel for the players and am tired of ignoring the fact that the NFL is destroying lives. There’s a human-to-human connection that exists within us all and yours should be triggered, telling you that something is clearly wrong with this current system and it needs to be fixed.

What are you thoughts? Agree or disagree, we’d love to hear them in the comment section below.

But what if the roles of each character actually broadcast a deeper meaning for the show itself?

What the show was always meant to be: stupid and random. He is the consistent essence of the Family Guy punchline.

An ever-changing role based on the episode’s environment and situation. She represents the evolving female demographic that TV can no longer define. The Simpsons had Marge, a family loving, stay at home, sweat heart Mom, but that character no longer reflects the modern day female. TV, and Family Guy, doesn’t quite have a stereotype for this modern segment, thus Lois vastly changes as a character each episode.

The lazy and fat son is an allegory for the millennial generation: given everything from past generations and considered special without even doing anything of merit. 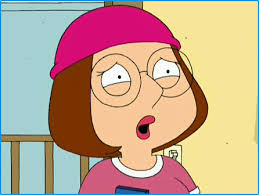 A demonstration of the show’s clear masculine humor (i.e. Peter farting in her face as the family laughs at her)

Started out as a genius but regressed into a symbol of cheap homosexual humor, symbolizing the show’s decline in satirical content. The early seasons (and role of Stewie) was original and creative, but the the shift of his character represent the decline in the quality of recent seasons.

The infamous death of this character is just an allegory for the death of the show. The writers knew that they had to kill off one of the major 6 characters. Why? To grab the media and our’s attention. Family Guy has gone under the radar and the ploy of killing of Brian has brought it back into the eyes of the public. Killing off the most intelligent character, though most likely subconsciously, symbolizes the death of the show and demonstrates the desperate need for viewers.