The 2015-2016 season began last night, eight months after the bitter exit from the NCAA tournament at the hands of rival West Virginia. Since then, the Terps lost their heart and soul forward Dez Wells, along with fellow big men Jonathan Graham and Evan Smotrycz and guard Richaud Pack.

Dion Wiley also injured his knee in the exhibition game and will miss four months of the season. How could the Terps replace all that? They bring in Top-10 recruit Diamond Stone, former Duke wing Rasheed Sulaimon and get Robert Carter Jr, who had to sit out last season after transferring to College Park, eligible. Add in year two for Melo Trimble, Jared Nickens and Michal Cekovsky and the Terps begin the year ranked 3 in the polls. The last time the Terps were ranked in the top three at the start of the season,they won a national title. If the Terps want to bring the title back to College Park, there are a few games during the season they have to win.

END_OF_DOCUMENT_TOKEN_TO_BE_REPLACED 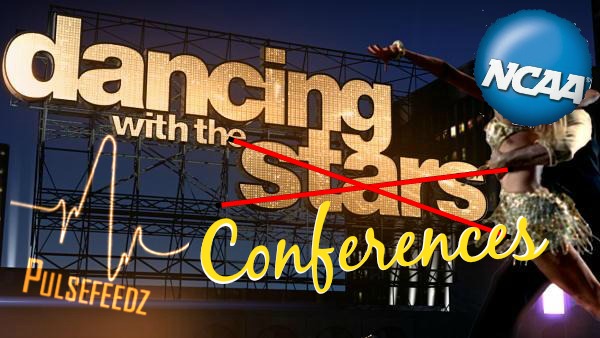 As shocked as you might be, it is not shocking that Callipari’s undefeated Wildcats will not only make the big dance, but they will be a number one seed. But will the SEC’s number one team be the only SEC team in the tournament? END_OF_DOCUMENT_TOKEN_TO_BE_REPLACED

The so called “Conference of Champions” appears to have another sub-par showing in the NCAA Tournament if things continue on the current trend. The top three teams have run away with the Pac-12 while the other nine are scrounging for big wins that aren’t possible this late in the season. Once again, the three teams are each on entirely different levels of competition.

The Arizona Wildcats are dominating the Pac-12. The surprisingly top-15 ranked Utah Utes have given the Wildcats a run for their money. Coming out of nowhere, it seems that the Oregon Ducks are poised to make on another run during the NCAA Tournament, even after an underwhelming start. The Stanford Cardinal and the UCLA Bruins need some big wins down the stretch to help their chances. The Pac-12 Tournament could shuffle things up a bit but the teams above seem to be the only teams within the Pac-12 to have a chance to make the Big Dance.

It’s only fitting for the “Conference of Champions”, the Pac-12 Conference to hold its end of year tournament in Las Vegas. Will the Wildcats continue their dominance in the Pac-12 Tournament? Could the Utes or Ducks establish one final push toward knocking off the Wildcats in the tournament? Can the Cardinal or Bruins win a few big games within the tournament to sway their way in the Big Dance? The only thing we do know is that news of what happens in Vegas will not stay in Vegas very long.

END_OF_DOCUMENT_TOKEN_TO_BE_REPLACED

When it comes to identifying teams that can make a deep run in the NCAA tournament, it can sometimes be easy to forget that the Big 12 is a premiere conference in the country.

The Atlantic Coast Conference is back as one of college basketball’s premier conferences. There have been at least four ACC teams ranked in the top 25 every week this season. With the addition of Louisville and Notre Dame, the ACC now has constant competition for cornerstone programs like Duke and UNC. Virginia and Notre Dame are the solid front-runners of the conference, while Duke and UNC stayed in the mix with each scoring significant wins and slight setbacks. Louisville, once the most feared team behind Virginia, was exposed and teams took advantage of the lack of offensive efficiency and made Louisville one of the other guys.

There are no easy road games in the ACC, with many games being close no matter the record of the teams involved. The ACC is announcing to the college world that it is back to its familiar ways of dominance. These six teams look to bolster that claim come Selection Sunday. END_OF_DOCUMENT_TOKEN_TO_BE_REPLACED